September 29th 2012 saw a bevy of beautiful Monster Ladies and pro riders from around the globe entertain thousands of Motocross Fans at Montreal Olympic Stadium. I flashed my pearly whites on the podium as riders crossed the finish line. 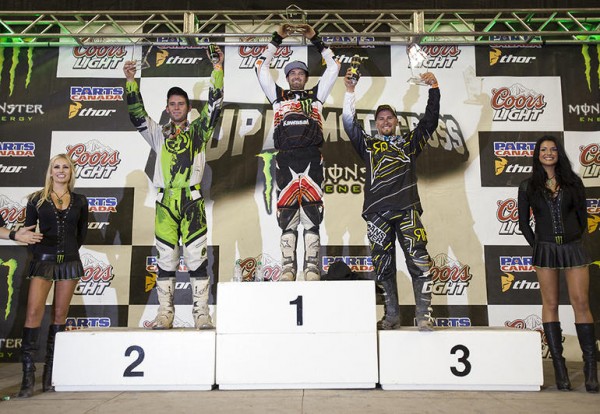 From MontrealMotocross.com: ” After winning earlier his MX1 class for the second year in-a-row, Californian Matt Goerke was ready for an encore in the Monster Energy Grand Finale at the Monster Energy Supermotocross, presented by Parts Canada/Thor, on Saturday, September 29. On a shorter track, the match between the top MX2 and MX1 riders proved to be an interesting outing, but eventually, the more powerful 450 cc MX1 bikes swept the podium. Again, as he did in his earlier race, Goerke led all 13 laps to finish eight seconds ahead New Yorker Bobby Kiniry. Third place went to Teddy Maier of Iowa, his first podium finish of the night. Fourth place went to MX2 rider Cole Thompson, who had won the MX2 class race earlier in the night, Thompson of Bridgen, Ontario finished ahead of MX1 rider Tyler Medaglia of Ottawa and Dusty Klatt of British-Colombia. MX2 rider Kaven Benoît took seventh ahead of Jeremy Medaglia.” 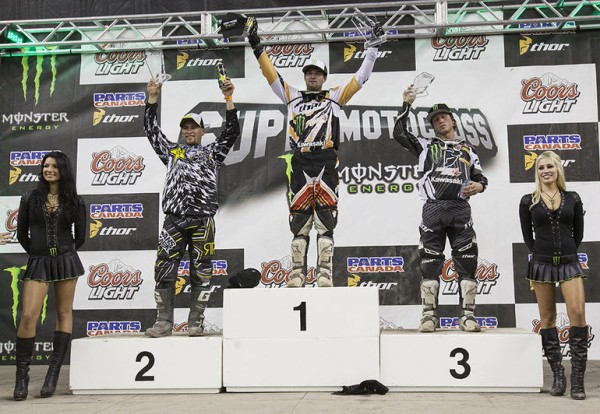 From Racer X: ” While most of the world was focused on the international affair of the Monster Energy Motocross of Nations, a different international event also took place with the annual  Montreal Supercross in Canada. No surprise who won the race, though, as American Matt Goerke, riding for Team Leading Edge Kawasaki, continued his roll up North, taking both the MX1 final and the Superfinal, which combined 450s and 250s together. Goerke also cleaned up in the motocross nationals up there. ” 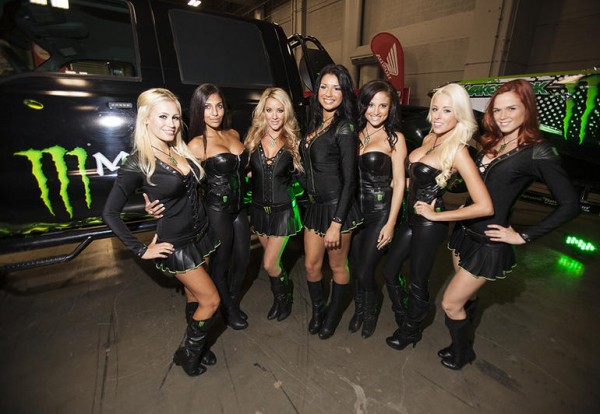 Monster Energy delivers our weekend highlights in an exciting video package for all to see!
Click below to view the official MTL SX highlights brought to you by Monster Energy:

Can you find me? ;] Check out MTL SX highlights HERE in this 2012 Montreal Supermotocross Video 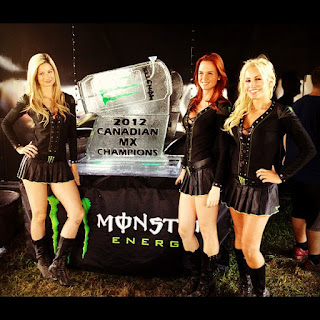 Were you one of the thousands of Moto fans in Walton Ontario for the Monster Energy  CMRC Canadian Motocross Nationals?
Tweet me your best photos! Follow @TheresaLongo

I had so much fun with ‘the Julies’ in Walton. I totes practiced my french and the ladies totally brushed up on their English. We talked to a lot of sweet Moto fans. A bit of wind made the ’30 second board’ kinda tricky but overall, the weather was perfect! Gorgeous sunshine all day. We took a lot of photos. Loved staying at the Arden Park hotel in Stratford Ontario. Stratford is beautiful.

” The final round of the 2012 Monster Energy CMRC Canadian Motocross Nationals took place  at Walton, Ontario’s Walton Raceway and with Matt Goerke had already clinched the win a week previous ” …   … via MonsterEnergy.com

The 2012 series kicked off the circuit in Nanaimo, British Columbia, & Kamloops the following weekend. I joined the series as it moved east.
Walton hosted the final stop of the tour. What an exciting weekend!

OK, maybe not yet… but with how the Harper government has been treating our public broadcaster, is Lance Fury so far off? Help stop the CBC Smackdown by taking action at http://www.cbcsmackdown.ca “

Personally, while I do not really have an opinion on the affairs of CBC, I totally had a blast filming this PSA for FoCB.

What do you think the CBC should focus on? Should it run American game shows and American-style reality shows, like Wheel of Fortune or Battle of the Blades?
Should it strive to be more connected to its audience, as the Globe argued in a recent editorial? Or should aspire to better arts programming, as TV critic John Doyle proposes? 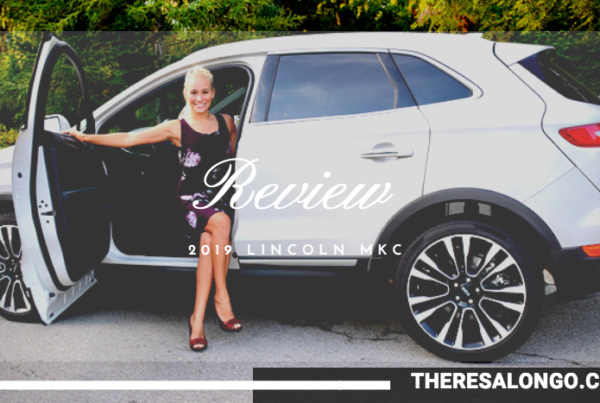 Theresa | Actress, Brand Ambassadorship, Cars, Luxury, Photos, Published Articles, Reviews, Social Media, Technology, Theresa Longo, Travel | No Comments
Lincoln Canada sure wanted me to arrive in style ahead of TIFF 2018! Luckily I was chosen to test and review the brand new 2019 Lincoln MKC. Let's have a look at… 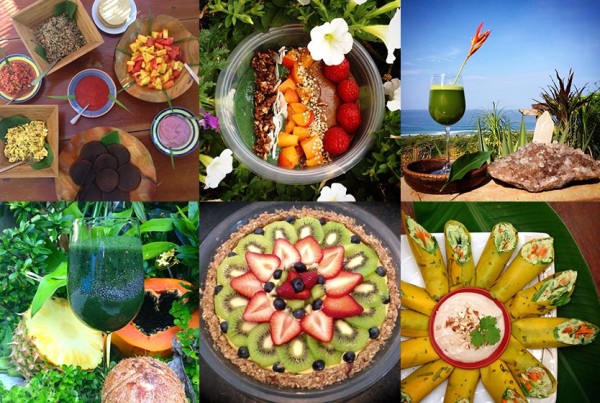 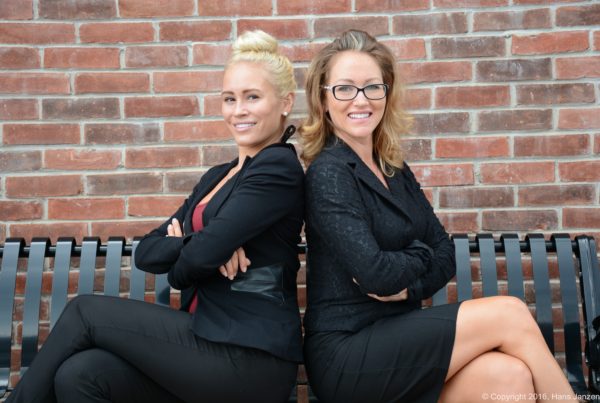 It’s Best to Work for Yourself (How You Can Too!)

Theresa | Advice, Brand Ambassadorship, Brand Representation, Business Tips, How-To, Inspiration, Investor Relations, Production, Published Articles, Spotlight, Technology, Theresa Longo, Travel, Uncategorized | One Comment
Working for yourself has countless benefits like maintaining your own schedule, having choice and variety in your routine and the ability to become financially free.  Why let the government tell… 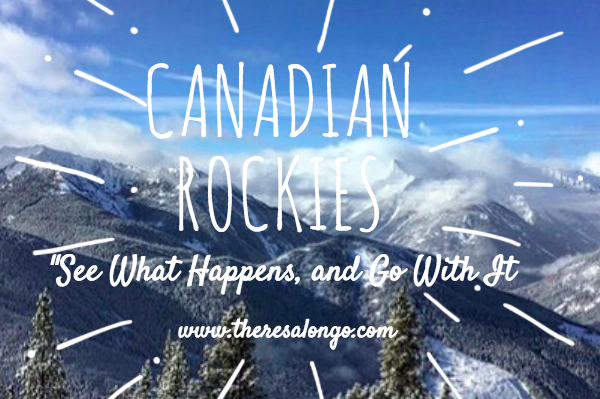 Travel the Canadian Rockies! “See What Happens & Just Go With It!”

All around the World with Justin Bieber…

How To Make Your Booty Bigger